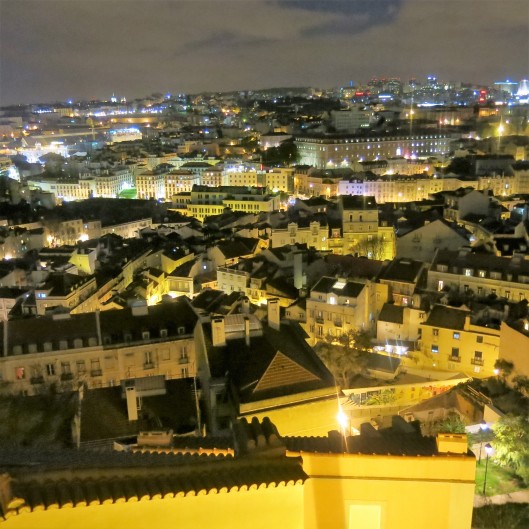 Lisbon is a wonderful city, built on seven hills.  It’s jam-packed with history, has a wonderful juxtaposition of antiquity and modernity.  It has warm people, wonderful museums and some absolutely fantastic food and wine.  You must go.  This is a walking city, so pack comfortable shoes and an umbrella.  We had quite a bit of rainy days for the two weeks we were in Portugal (at the beginning of January).  Take the metro, eat in small cafés, climb those narrow stairs between buildings…EXPLORE! 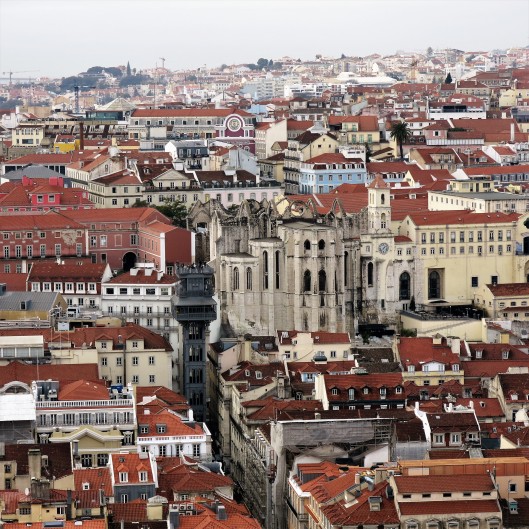 We began (and ended) our adventure in Lisbon.  So, how does one explore this city that is unknown to us…Lisbon?  Common wisdom, from people much smarter than I am, is to begin top-down, which in Lisbon, is The Castelo do São Jorge.

Atop the highest of the seven hills, perches the Castelo do São Jorge—Saint George’s Castle.  There has been fortification, and people, on this hill since about 600BCE!  I love this about Europe…we have no real concept of this sort of antiquity here in this country.  Anyway, this hill has been inhabited by Celtic tribes, the Phoenicians, Greeks, and Carthaginians, the Romans, Suebic, Visigothic, and the finally, the Moors.  This current fortification was rebuilt by Muslim Berber forces in the 10th century.

Over the centuries, The Castelo has been altered and additions have been made, but the “bones” of this Castelo, are Moorish. 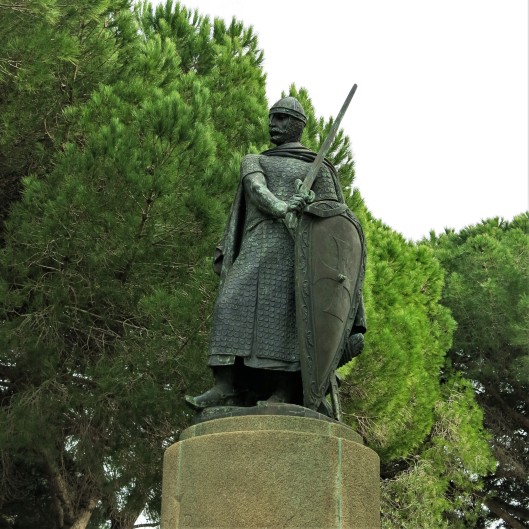 The Castelo was freed from the Moors in 1147 by Afonso Henriques, the first King of Portugal, whose statue watches over it. 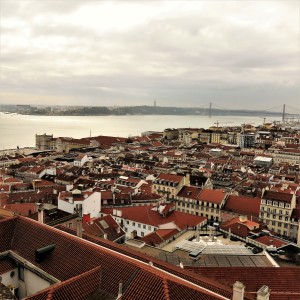 The Castelo offers incredible views of this city of three million people (that includes Lisbon and its environs).  But, alas, we move on from the Castelo, but first we stopped for a coffee and a small bite of something tasty.

This is the Tram café near the Castelo…it is quite literally a tram, stuffed inside a building.  It is a real Tram, too.  We had our daily afternoon coffee and shared a sandwich and soup.  For some reason it seems the Portuguese make wonderful soups and believe me, we tried many options!  After our break, we walked for a bit, then took the Tram.  To get to and from the Castelo, you can either walk or ride the Tram 28. 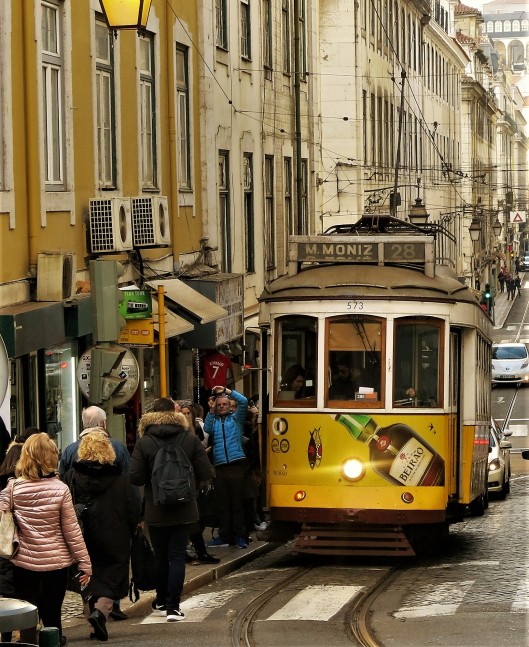 Riding Tram 28 is an experience I highly recommend.  It gives you a nice little mini-tour of the oldest parts of Lisbon.  Plus, the ride is just fascinating.  A note of caution—be aware of your surroundings, because the Tram, is at times, frequented by pickpockets.  There weren’t any on board when we rode it, but it’s something you should be aware of as you travel about much of Europe.  Walking is a wonderful way to explore this city, too.  And we walked and walked and walked some more. 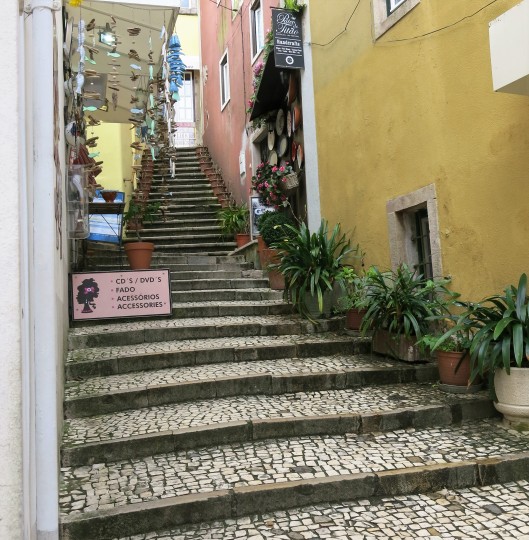 Because the city is built on hills, sometimes it feels like you’re always going uphill!  The Castelo is more or less in the center of the Alfama district.  This is perhaps the oldest area of Lisbon.   Much of the area survived the devastating earthquake of 1755, which brought with it a tsunami and fires.  The earthquake hit early on a Sunday morning, when many people were in church, and took the lives of around 40,000 people. 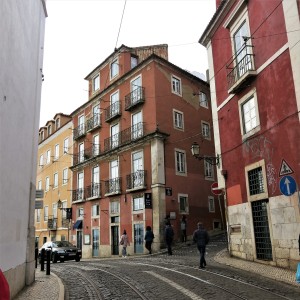 Street Near Castelo do São Jorge

All Streets Lead to Castelo do São Jorge

Alfama is a labyrinth of little streets and alleyways. Getting lost, and you will get lost, is a perfect way to explore and interact with locals.

One evening, we wandered up an alleyway that emptied us out near the Igreja São Miguel. 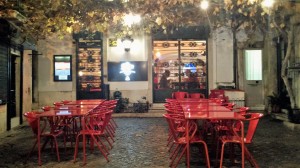 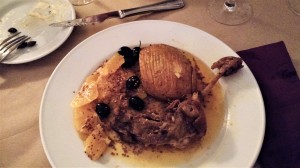 There, we found a great little restaurant, Restaurante Santo António De Alfama (Beco São Miguel 7, 1100-538 Lisboa, Portugal – +351 21 888 1328).  It’s charming, filled with locals and we had a delicious meal.  Our meals were delicious, but the highlight was a dish filled with deep-fried potato peelings, served with a garlic aïoli.  Notice there are no pictures.  They disappeared too quickly! 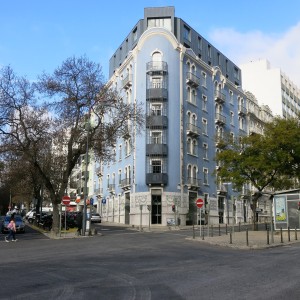 Tuk Tuk on a Lisbon Street 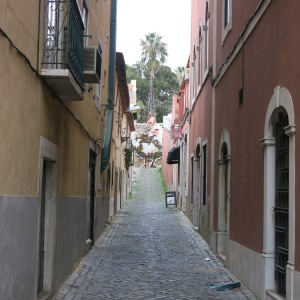 Fun at the End of an Alleyway in Lisbon 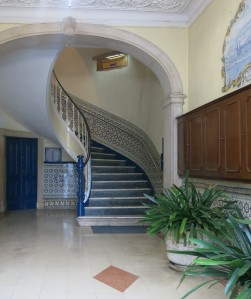 Stairway to Heaven in Lisbon

We wandered around the neighborhoods of Lisbon, further exploring.  There are great finds around every corner.  Now, we’re off to the Algarve…but we’ll return to Lisbon in a week or so….